The year was 2015, I had 20 years-old and I was on my second year at UFRRJ's Computer Science course. I was already decided that I wanted to work with games, I was a programmer and was studying Unity a lot. Before that I've studied others engines and made a couple clones, including a Bomber man-clone in SDL (see A Wizard's Tale) as a college project.  But I wanted something better, something "bigger", I wanted to pursuit a dream, become a Game Developer, so I wanted something mine. A complete project from concept to publication, I didn't want to make another clone.

2015 was a good year. Early that year I re-encountered a old friend of mine. That friend was Andressa Kranen, who, later that year, became a very important person to me. Well, we were friends since we had 15, but we almost never could see each other because we were always moving to different places, cities, states. But in 2015 it was different, both of us were back in Rio de Janeiro and we were hanging out together a lot. Well, we had to catch up those years away, right? I think I forgot to tell, but Andressa was  studying at UFRJ and she was a Graphic Designer and 2D artist.

It was around September, we became best friends and we were watching "Magic Beyond Words: The J.K. Rowling Story" on Netflix. I was sad, I felt I wasn't producing and studying enough. I was having problems to go to college after I was robbed and had a gun pointed in my forehead. I was still making clones, but I couldn't make any game of mine. I had a few doodles and sketches, but couldn't get'em out of paper and bring to life.  Seeing the struggle of J.K. to bring Hogwarts to life was amazing, but at the same time I felt bad that I wasn't strong enough to chase my dreams and I was an inch away to enter the give up door. And that was the point where my life changed forever and for better.

Andressa set beside me and asked what was upsetting me. I told her my struggles, my dreams, my fears. I usually don't do those kind of stuff, but I was almost wasted and she was my best friend, I felt I could trust her what I was feeling. After hearing me, she grabbed a piece of paper and asked me to show her one of my ideas. I drew a game where you play as a frog and have to stretch your tongue to eat flyies. Okay. She said she would help to develop the game. I cound't believe that. But I was happy, and more insecure than ever. The movie ended, we made a couple more sketches and grabbed our notebooks.  It was around 1 am. We started searching for some references, mechanics, inspirations, and others games, I got animated. Well, we found some cool stuff around the internet, and with them we found a lot of other games like that, but now we couldn't give up, or probably I would stop with gamedev and maybe start a carreer in Information Security(maybe).

After going back to paper-sketches-doodles-brainstorming, she came up with "What if we use Aliens and Cows? It is more like us hahaha". It's was amazing, theming the same idea with something we like made things even more funny. She quickly made the sketches and we decided how the game was going to look like.  She grabbed her tablet, opened photoshop and illustrator and started with the assets. I was still in the paper trying to balance the game, and structure it's code before I opened Unity. Around 6 a.m. Andressa gave me all graphics I needed to make the first version happen. It was called Alienator. 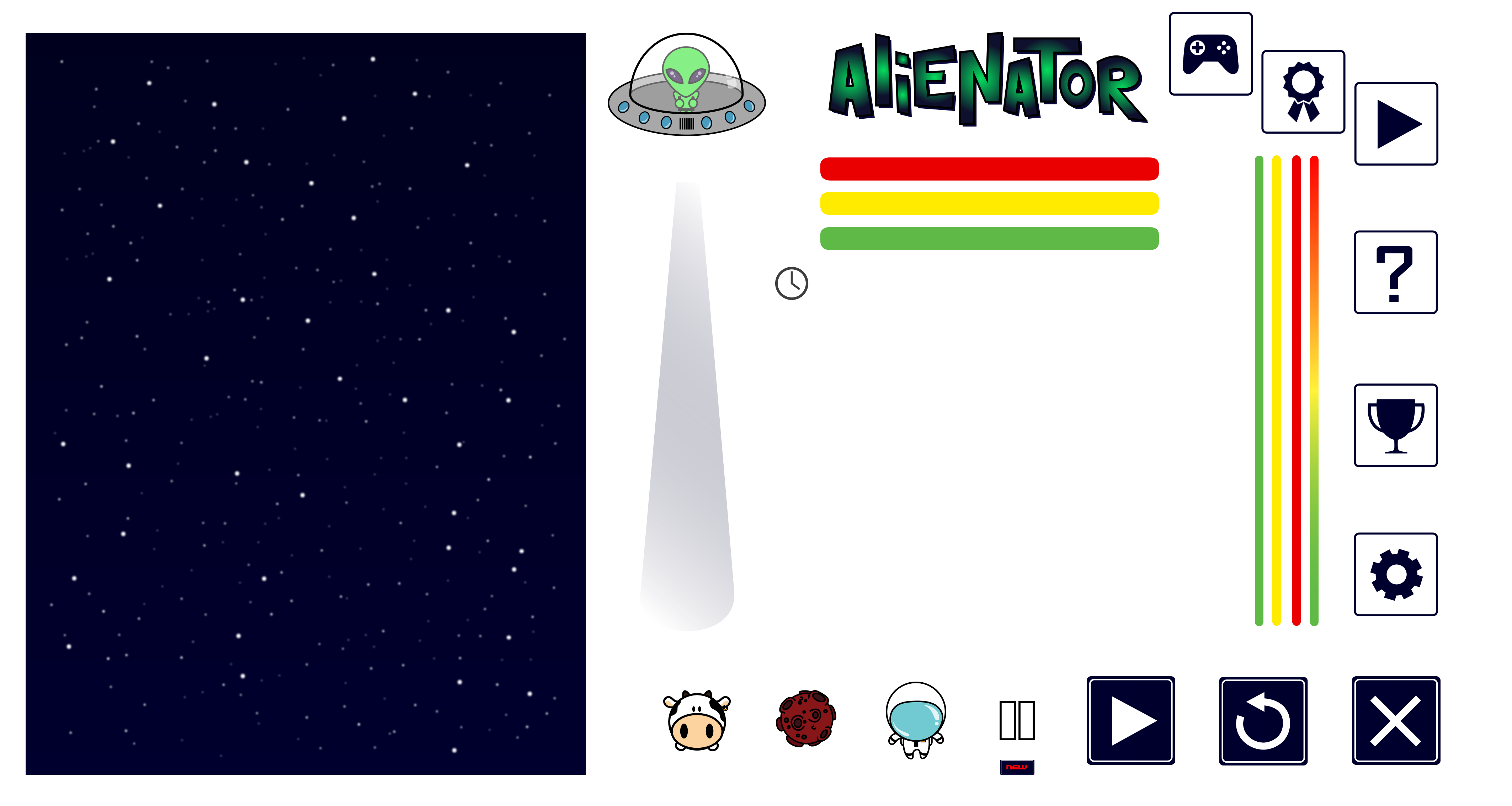 She gave me the files, and before she went to bed she said it was up to me and that I could make it. Well, I gained more forces than ever and put all my stregth into it. Someone's effort was in it too and I couldn't disappoint her after what she did for me. Later that day, before she woke-up I made it. I finally made it. A game of mine, no clones, no tutorials, no practice. A "full" game of mine.

And this is how alienator was born. 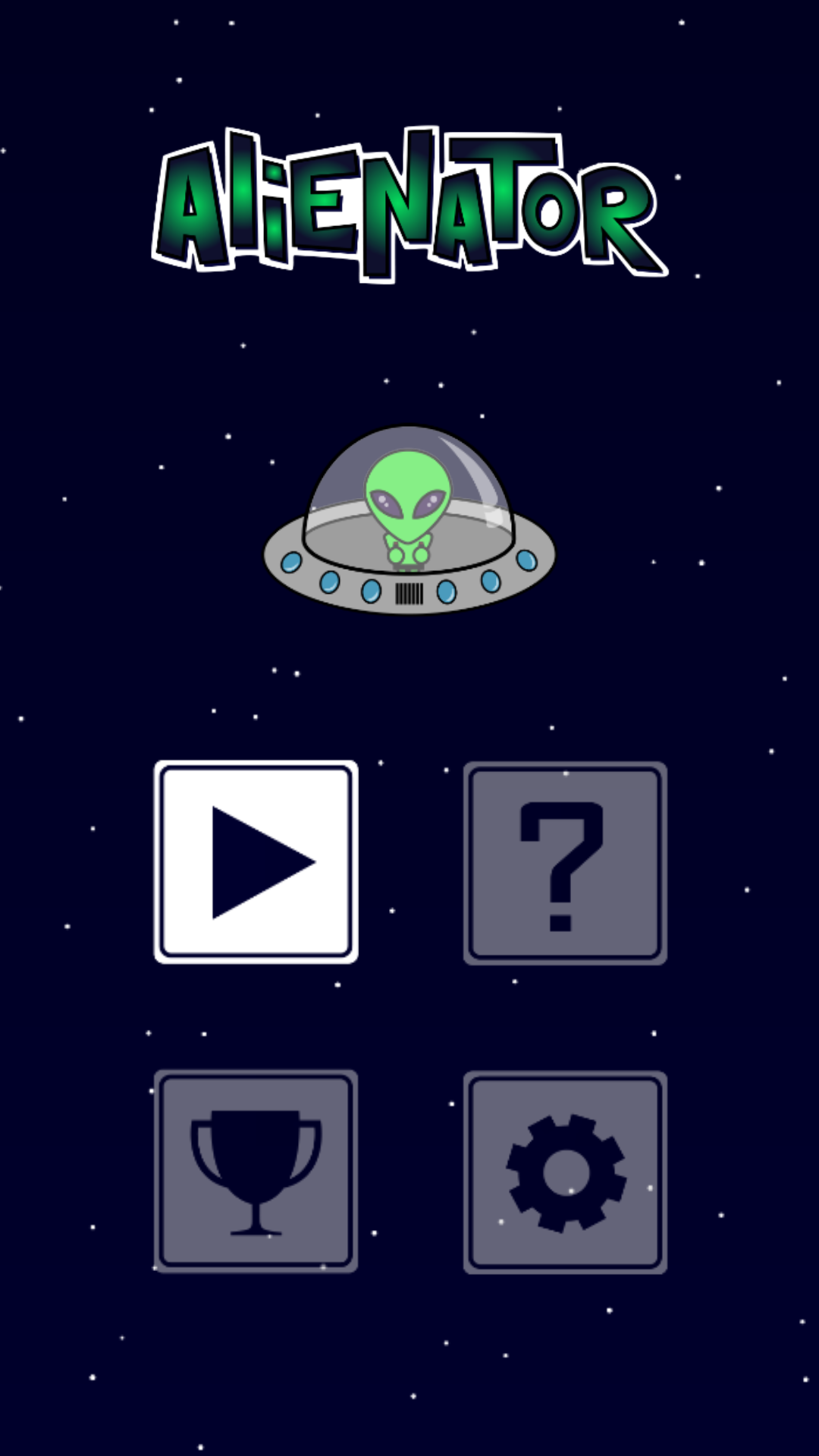 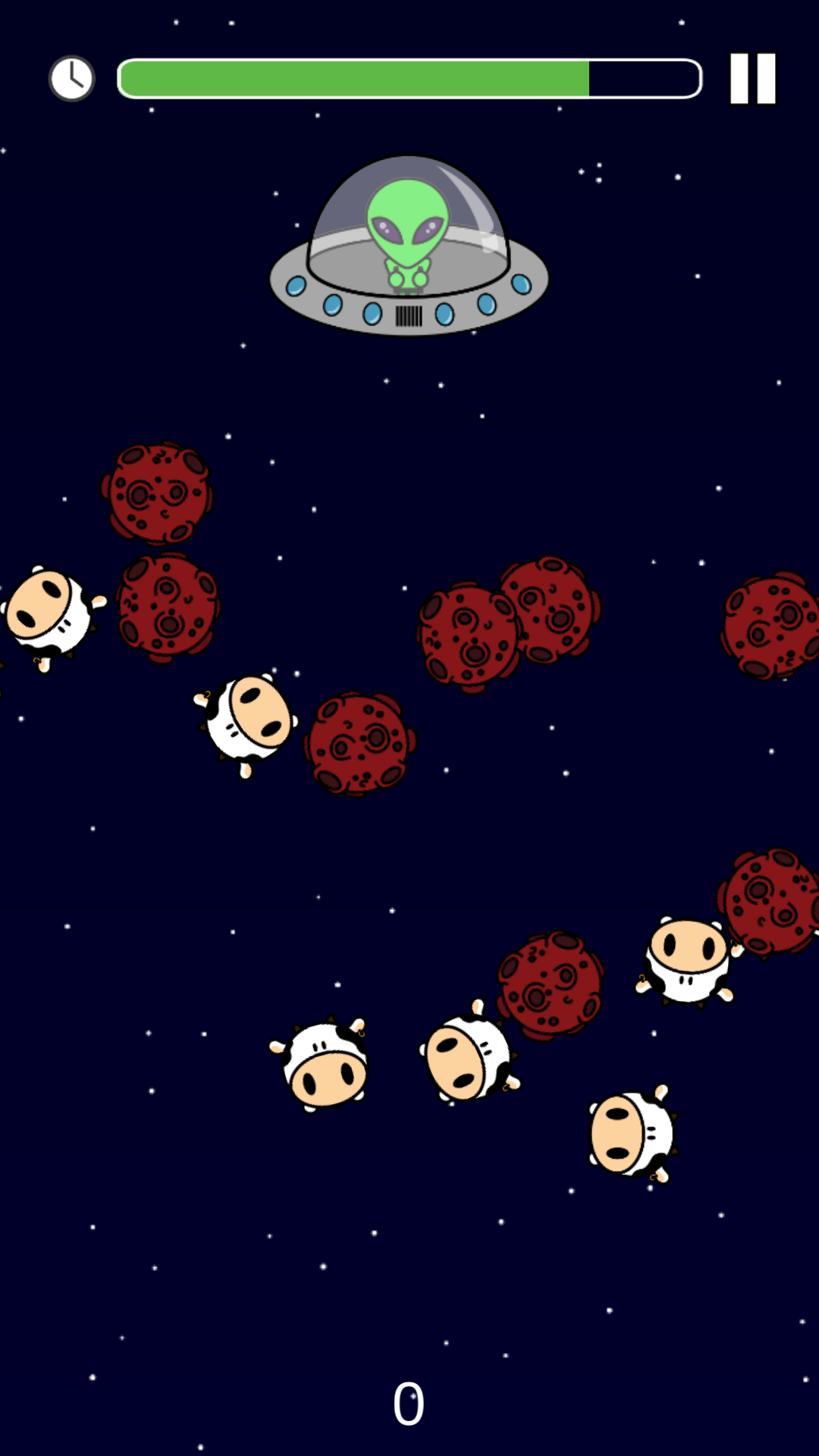 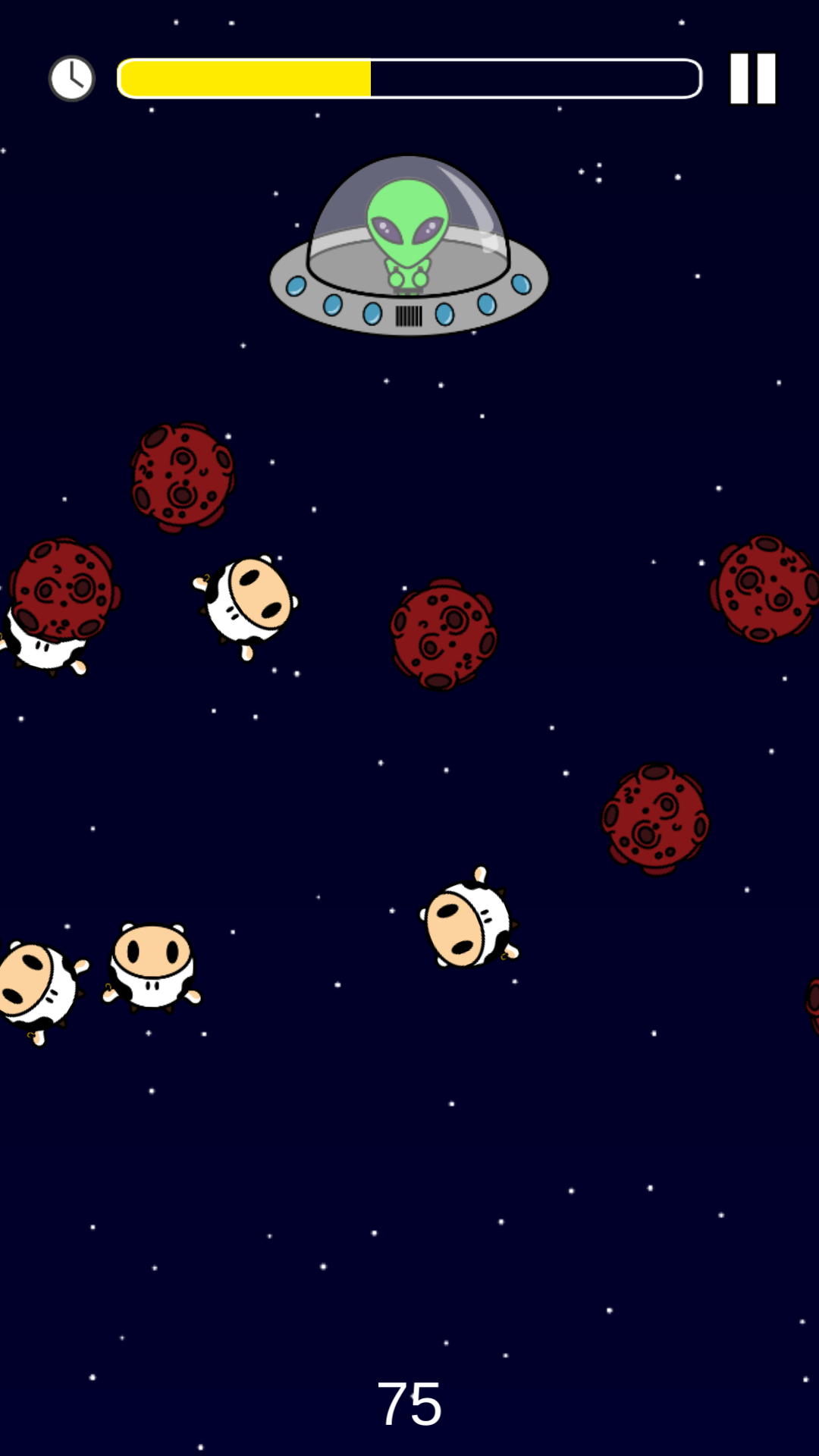 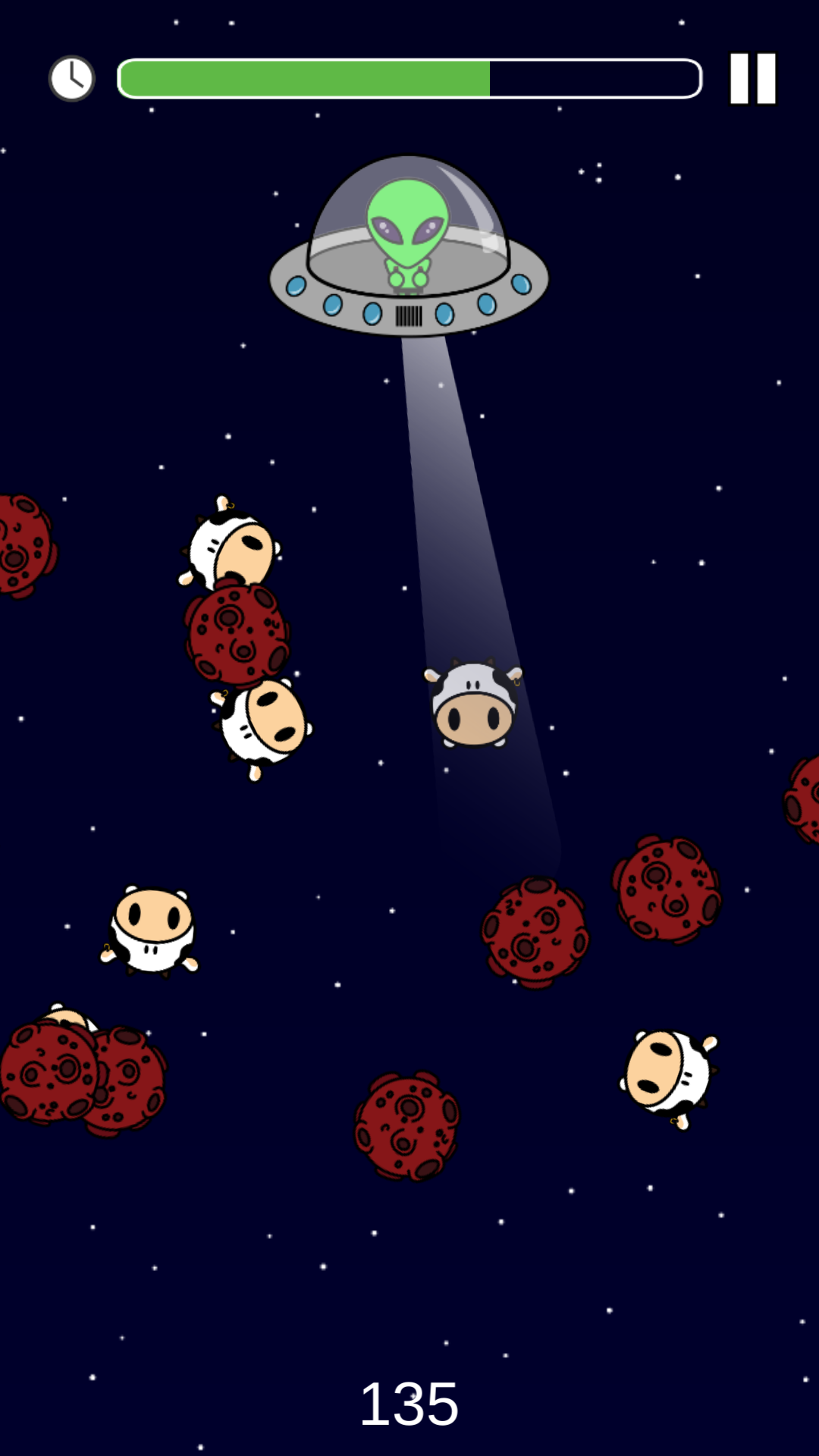 Well, the game is complete... What now?

I feel so grateful for what she did to help me. I consider this my kickstarter at gamedev, I learned and grew up a lot because of it. Also in December of the last year (2017) I tattooed the cow that today is the game's icon to remember to never give up.

And to Andressa Kranen, again, thank you! <3